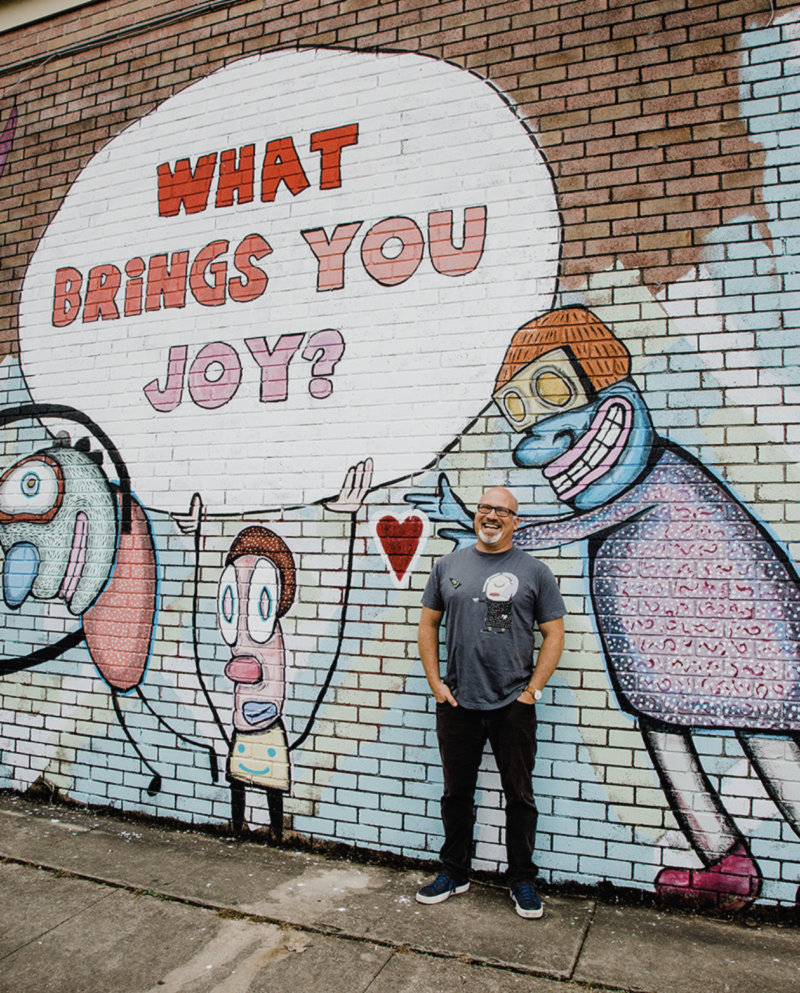 Creator of Brave Bots, Joy Bots, and Love Bots & co-founder of On Your Feet Improv For Business – Episode 37 of The Changed Podcast features the creative, generous and playful Gary Hirsch!

Gary Hirsch is a visual artist, a facilitator & consultant, and an improviser. In this episode, we talked about how he came to co-found On Your Feet Improvisation for Business, spread joy through BotJoy, along with his feelings, stories, and thoughts about what it means to face and embrace change.

Gary is also my friend, and colleague through the work we do together at On Your Feet. A work relationship that was born, built, and continues to evolve in a completely improvisational way, something for which I am grateful. Perhaps that’s the kind of magic that happens when you’re open to the possibilities at the moment… or perhaps the simple magic of doing work that is centered on bringing joy to people.

Gary isn’t the first play/joy-centered guest I’ve had on the show. You may recall conversations with Gary Ware, Jeff Harry, Shannon Stott, Marsha Shandur, and many more. That is because JOY is at the center of so much of my own time, energy, interest, and effort.

Our conversation ran through several twists and turns from the hustle language of LinkedIn and classic anti-motivational posters like this one to the roots of bringing more joy to people through the amazing power of an imaginary giant robot, now embodied in tiny bots that you can carry with you physically.

Gary also shared his own sense of AA (Anticipation Anxiety) when it comes to change which lives in contrast to how he might handle an actually massive shift once it has occurred.

He also told us the story of the cup of coffee which changed Gary’s entire trajectory, featuring the inspiring Robert Poynton. Prior to meeting Robert, Gary had a successful T-shirt booth in the Portland Saturday Market where he sold t-shirts that featured his original art. Now, more than 20 years later, On Your Feet has served some of the biggest companies in the world by bringing less fear and more joy to their important work.

Instead of my usual closing thoughts for this episode, Gary and I ended the episode together with a game/tool that you can take and use called Color/Advance. We demonstrated how to use the game for sharing stories. For “color” on other ways to use the game, check out the OYF Distributed Work Tool Kit.

Takeaways from this conversation