In this episode of the Changed Podcast, CEOx Founder Luann Abrams talks about tactical changes, women-led business, the nature of inspiring ideas, and beating unconscious bias.

Luann Abrams is the founder of CEOX, an organization with a mission is to elevate women into CEO and board roles. From her time in venture capital as a partner at FoundersPad, an early-stage venture fund, she was compelled to find a solution to the inequities in leadership she saw at growing startups.

She is a founding board member of the Strengthening Central Oregon Political Action Committee (SCOPAC) with the mission of recruiting and supporting under-represented individuals to run for political office. In the 2020 election, five of their six endorsed candidates were elected to office, ensuring diverse representation in the local community.

She is the inaugural member of the Women in STEAM group led by the Technology Association of Oregon (TAO), whose mission is to support and encourage women in male-dominated industries for a gender-balanced future. Here she created a mentorship program matching experienced business executives with up-and-coming women to help them achieve their career goals.

Luann has a background in aerospace engineering and spent most of her 15 years in aviation working for a start-up aircraft company in Bend, OR. Here she led the certification engineering program at Columbia Aircraft where she oversaw the certification of several aircraft models and ensured that all designs met applicable regulations. Due to her diligence and integrity, she was granted the authority to sign off on regulatory compliance on behalf of the FAA prior to aircraft delivery. In 2017 she was inducted into the International Air & Space Hall of Fame as part of the Golden Eagles, the winningest intercollegiate flying team.

When she is not working and living the Bend life with her husband and two sons, you will find her curled up with a good book and a hot cup of coffee.

During our rapid-fire round, Luann suggested:

Ahab’s Wife: Or, the Star-Gazer: A Novel by Sena Jeter Naslund

Born a Crime: Stories from a Southern African Childhood by Trevor Noah

Takeaways from this episode:

Women-led companies get results: financial results, and positive workplace culture results. Choosing a woman to lead the charge in your organization… that’s just smart business! You can learn more about the mission of CEOx, find resources, and nominate women leaders you know by visiting https://projectceox.com. They frequently offer training and events to help leaders up-level their skills. Last month I was invited to share some of my wisdom with my program: Reason in an Outraged World, a program that you can bring to your organization too!

Inspiration often strikes in the unlikeliest of times... like when we are enjoying downtime to the tune of some Netflix, doing some dishes, or taking a stroll through the neighborhood. (By the way, if you need downtime and are looking for a Netflix recommendation… absolutely check out The Mitchell’s vs. The Machines who’s Head of Story Guillermo Martinez sat down and shared a story with us last season!)

Executing on ideas takes work, which is probably why ideas aren’t stolen as often as you might think. For example, I have been trying to get somebody to create an improv comedy-troupe called Laughter Circus USA for over a decade now! Still no takers. (I have no idea why not… the posters make… 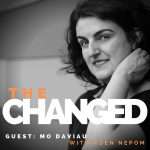 Guest Mo Daviau – Author of the novel, Every Anxious Wave 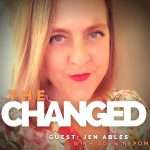 Jen Ables and the Difference Between Success and Happiness 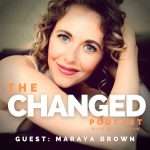 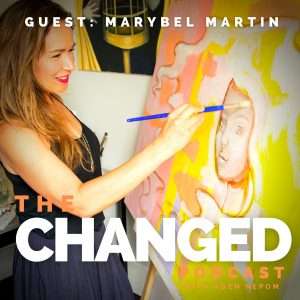 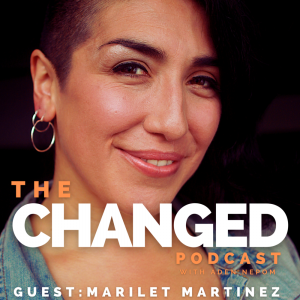